Since we got our first batch of baby chicks yesterday, I have chickens on the brain. There's snow on the ground anyway, so gardening is right out.

Ice cube trays are working wonderfully as feeders for the babies, but they'll grow fast and so must their feeder.

RobBob has a wonderful YouTube Video on how to make a feeder.

He lives in Australia, and perhaps plumbing parts are slightly different, but I couldn't find the exact same items at my local Home Depot or Lowes.

While lamenting this fact, a friend asked, "Why don't you just buy a feeder?" Innocent question. Do I really just make life hard as my mother keeps telling me?

This feeder design, which I can take zero credit for and have to thank RobBob for sharing (and he got it from another guy), limits waste, provides some protection from rain, looks easy to clean, stores lots of food, and well, it's just fun to know you made it!

So here's a version that works with common parts found at local home supply stores with the addition of a tight gasket from L.O.T.U.S.. (If you can't find the gasket, caulk will suffice.)

We used an old 5 gallon bucket to store plenty of feed to allow a weekend away without having to have someone stop over to fill feeders. 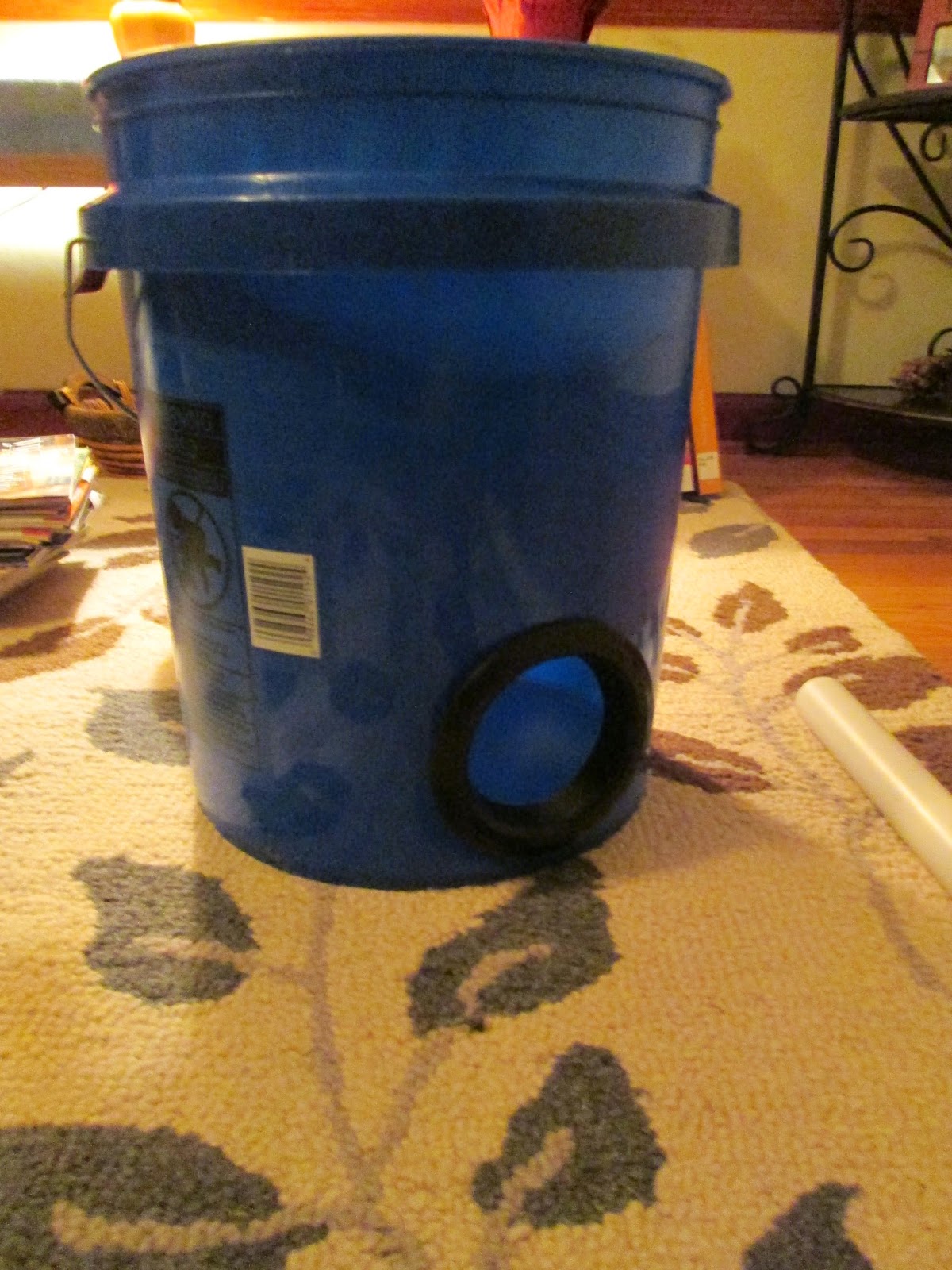 Step 1: Drill a hole at the side of the bucket close to the bottom. If using a gasket, push that through now--we used 3" piping and a gasket that worked with that size. You usually can rent a circular bit or in a pinch you could drill pilot holes and saw the opening. 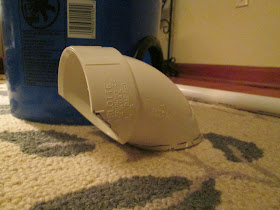 Step 2: Get some 90 degree PVC elbows. We got 3 because we wanted 3 openings for the 1 bucket, which you'll see later. Cut part of one end at an angle--this will create an awning to prevent rain from getting into the feed. Cut the other end (we cut off at least an inch, but it depends on how long of a pipe you can find) so it looks similar to the picture above. 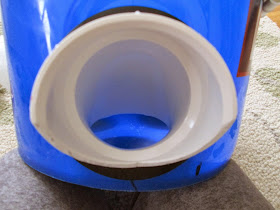 Step 3: The tough part, which I admit Mike, my husband, did, is to push/twist the pipe into the gasket. If I had done it, I would have used coconut oil to make it easier, but perhaps he's more stubborn than me or just wanted the challenge.

Notice how the inside of the pipe is about 1/2" off the bottom of the bucket. You can play with measurements when drilling the hole and cutting the pipe to make sure there's some space for the food to drop into.

Cool thing of this gasket is that the pipe won't twist around. While you could use caulk, it won't last anywhere near as long. RobBob has some suggestions if you don't use a gasket that would be worth checking out. 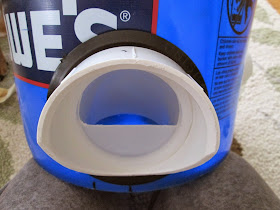 Step 4: Not sure if we'll need it, but on one of the three pipes we cut a 3" pipe end (for about 30 cents at Lowes) to create a lip. RobBob found this tactic useful in keeping the food from spilling out if you have a particularly messy eater. 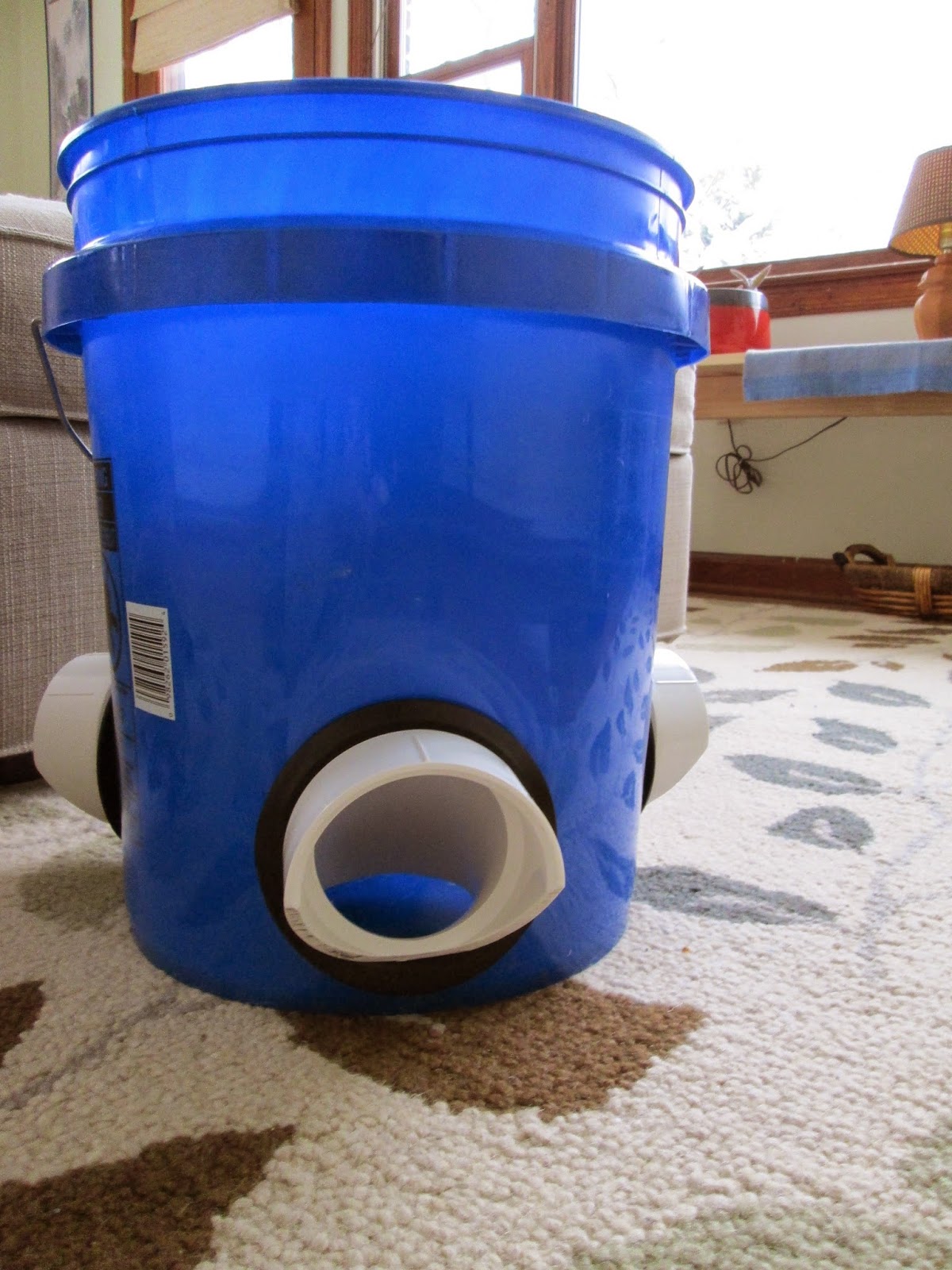 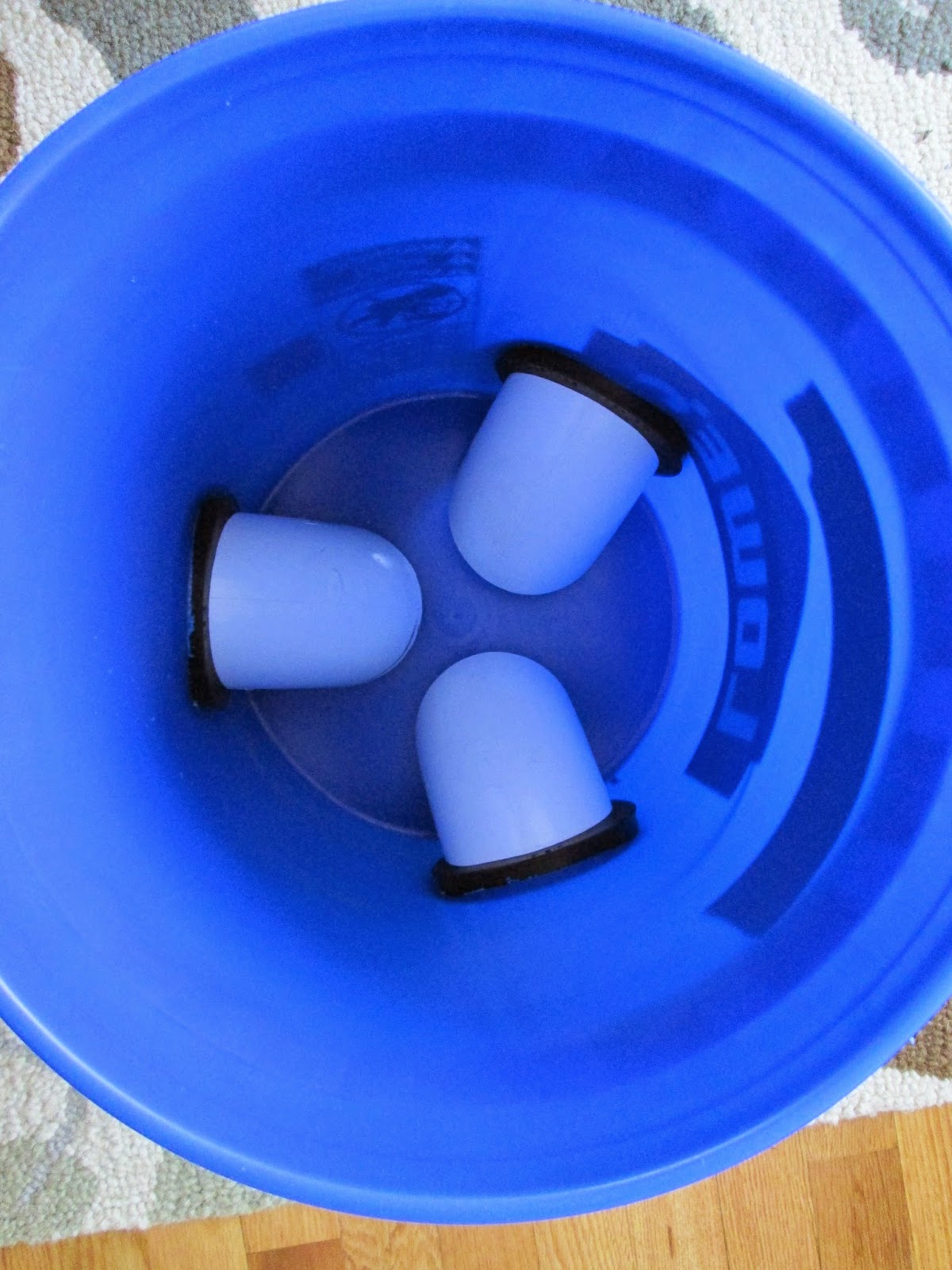 Will be exciting to see it in action. Now to build a chicken shelter!
Kris Kramer at 2:04 PM
Share